When it comes to designing a Mech in MechaStellar there are three pillars to build off of.  Frame Level, Performance Level, and Pilot Level.  We use these three categories to build just about any suit.  We have grunt suits with ace pilots (Low Frame, High Pilot), Prototype Units with inexperienced pilots (High Frame, Low Pilot) and all-rounders like my favorite the GM Custom (Mid Frame, Mid Performance, and Mid-High Pilot Level).

While Frame and Performance give obvious and tangible benefits of providing your HP, Armor Save, Action Points, Shooting, Melee and Evade numbers.  Pilot provides a player driven Skill system.  Every Pilot Level gives 1 Pilot Skill to be spent.  Now what those skill points can be used for has changed quite a bit in the past year.

We initially created Pilot Skill as the third pillar of unit design to have a way for units that were in outdated or inferior units and give them a chance to match up with the more powerful units.  While Char’s Zaku was completely outclassed by the Gundam’s invulnerable frame we know that as a superior pilot he was able to keep him perpetually on the defensive.  We want pilot skill to be able to capture that. 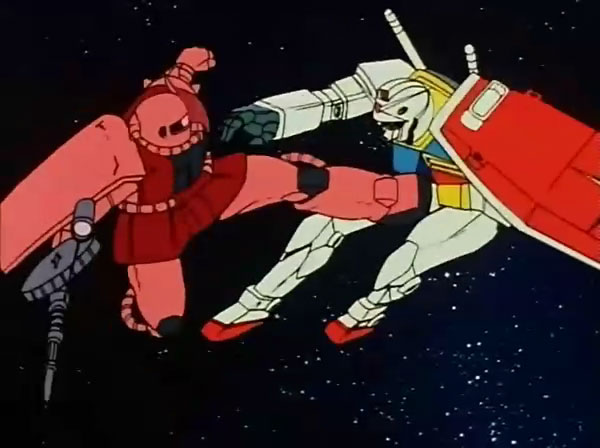 Initially Pilot Skill provided the life altering benefit of auto-dodging any attack.  This meant that when the Gundam fired his miniaturized battleship cannon a skilled Zaku II pilot could simply spend a point of skill per shot to invalidate it.

It was a fun system that was balanced out by the fact that Pilot Skill was finite and eventually you’d run out and a shot would come through.  A few problems emerged though.  Often times those fragile grunt suits like a Zaku meant you’d need to spend skill on almost every attack, so it became a very finite resource.

Another problem was that putting Pilot Skill into a powerful (High Frame) suit meant in addition to its massive armor save vs small arms it could spend skill to dodge lethal shots.  Pilot skill was good for grunts but was too good for powerful units at times. 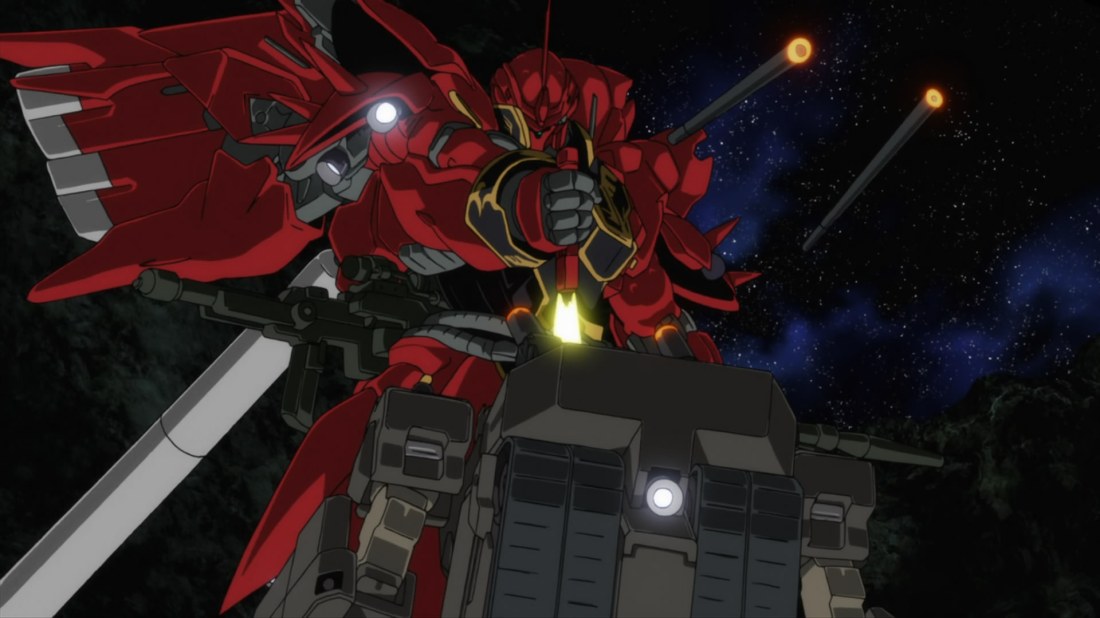 Which is kind of the point if you think about it.  Watching Mobile Suit Gundam you see how one suit with a maturing pilot was able to reshape a war almost single-handedly (at least on-screen, background wise it was the inexhaustible supply of GMs that won the war).  But from a gameplay perspective how do you balance that?

Well, we started off with tactical advantage such as Point Blank, High Ground or Blindside (an attack from behind).  This was an existing bonus that gave a free reroll to-hit (Note:  Tac-Advantage has currently transformed into +5 to hit shooting [d20] and +1 in melee [d6]) so on top of that we made Tactical advantage give a +1 Cost to using Skill.

Tactical advantage allowed for horde armies who frequently surrounded indomitable suits like Gundam a chance to wreak some havoc and punch through it’s armor.  It balanced out the game to an extent but there was still something missing.  Making Ace Pilots in grunt suits matter.

Tac-Advantage solved the problem of skilled Gundam but it doesn’t solve the problem of my Zeon Ace in a Zaku who gets ripped to pieces after he’s attacked by 3 units, typically grunts.  It also made Skill an entirely defensive oriented operation.

Our next tweak tried the following.  Only Ace Pilots (Pilot LVL 6+) could auto-dodge, everyone else could spend skill to make an attack auto-hit.  This auto-hit was still trumped by a pilots Auto-dodge.  We experimented a bit with Ace Pilots spending 1 skill to dodge all attacks from 1 weapon system (i.e. 1 skill to dodge 10 rockets) but that was quickly prone to abuse against suits with only one attack, i.e. a Machine Gun.

So where do we go from here?

One item we introduced was “Renowned Pilot”.  For a +10 Cost to a unit you allow this named pilot to recoup 1 Skill per round.  This meant that your real aces could spend skill 1 skill per round knowing they’d get it back.  Unfortunately they still can’t handle focused fire on them.  We’ve toyed around using the old 40k rule of you can only shoot the closest target but that needs significant playtesting to see if it detracts from the fun of the game.

The second idea we tried has a greater impact on the core game system.  We saw the success of the Melee Skill system implementation and tried that with shooting.  Here’s an excerpt from the melee skill post. 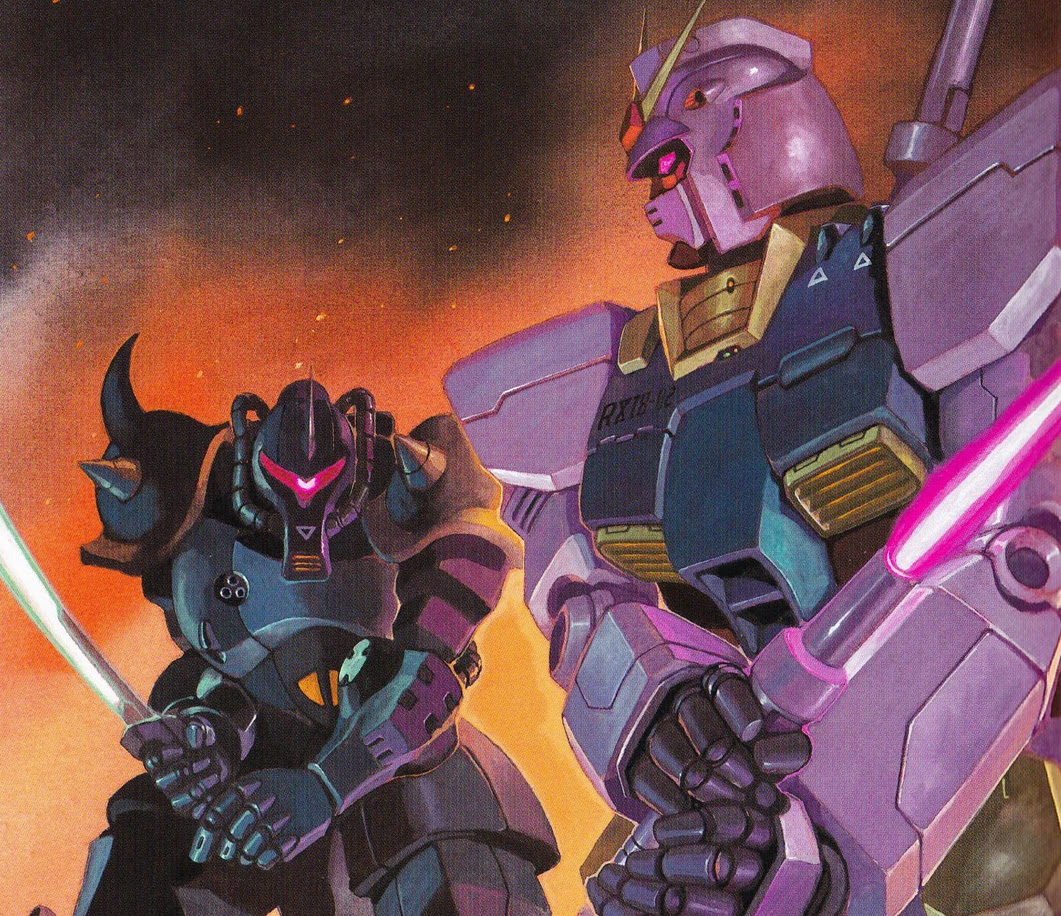 In Melee the attacker and defender both roll a d6 and add their melee bonus.  Fortune favors the bold so the attacker may reroll their d6.  For example a Gouf is +6 and the Gundam is +4, if the Gouf rolls a 3 and the Gundam rolls a 4 then we finish with 9 Vs 8 and the Gouf wins dealing damage.

In the Melee Skill system we introduced wagering.  The attacker wagers skill (each skill is +1 to his roll) then rolls his d6, the defender sees the total result decides their skill wager then rolls their d6.  Here’s an example where the Gouf and Gundam get the same die result but have wagering added in.

However, the Gouf as the attacker may reroll his d6.  Quite risky, if he rolls a 4 or better he claims victory, if he rolls a 1 or 2 then he loses and the Gundam surely cuts his arms off.  Stakes are high.

It makes melee a very tense situation, you don’t want to underbid your skill since you may get your mecha arms cut off, wager too much and you blew some precious Pilot Skill.

We’ll attempt this in the next playtest utilizing some familiar Zeta Gundam suits.